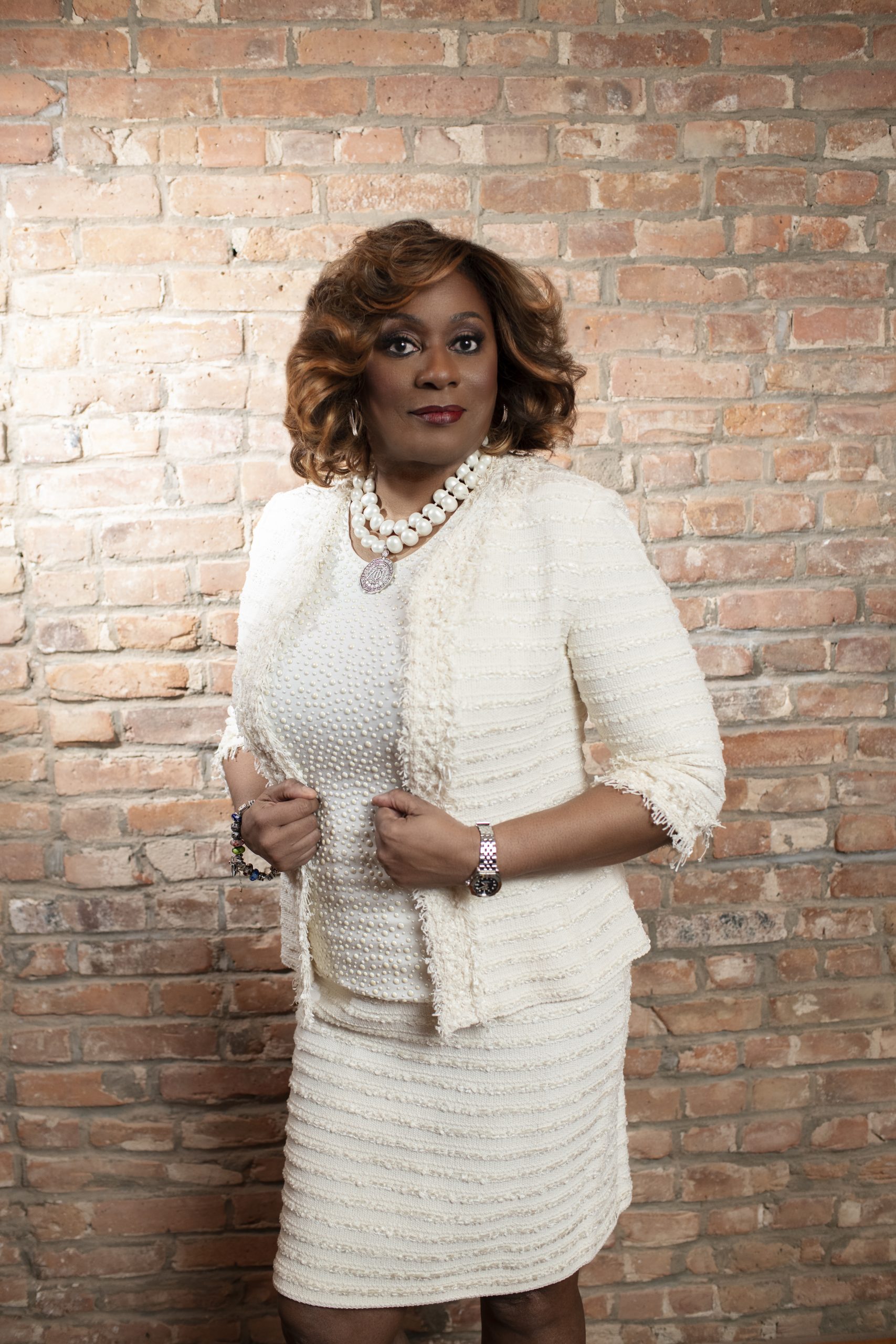 Born in Brooklyn, New York, Valerie Hollingsworth Baker was elected as the 25th international president of Zeta Phi Beta Sorority, Incorporated in July 2018. Prior to taking office, she held numerous elected and appointed positions in her home chapter, Delta Mu Zeta; served as Atlantic regional director for four years; and served as chairman of the National Executive Board for two terms. She is also the immediate past Zeta Phi Beta international first vice president, overseeing the sorority’s membership functions.

Scholarship is a principle that Hollingsworth Baker holds in high regard, having graduated from York Institute as the class valedictorian at the age of 14 and being accepted into 10 of the nation’s top universities. At the age of 18, she received a Bachelor of Arts degree from Fordham University, where she majored in industrial organizational psychology with a minor in theater and drama. She also received a paralegal degree from the American Institute for Paralegal Studies.

Hollingsworth Baker was the director of the Inforce Systems Division for New York Life Insurance Company in New York City. She was responsible for managing multi-million-dollar projects and programs, training personnel and overseeing new product development as the chief administrator of one of the company’s major subsystems, which she helped to design, build and roll out to more than 5,000 employees.

In addition to being recognized for her service in the International “Who’s Who of Information and Technology” and “Outstanding Women of America” publications and receiving numerous awards from her own organization, Hollingsworth Baker was honored by the United Negro College Fund as a Maya Angelou Women Who Lead Honoree in September 2020.

She currently serves as the vice president of Hancock T&T Block Association and is a member of the NAACP. She has served as volunteer coordinator with the March of Dimes for more than 18 years, as well as the volunteer coordinator for the United Way for more than 10 years. She also volunteers her time with the American Red Cross, UNCF and New York Cares. In addition, she served on the board of directors for the Bedford-Stuyvesant Mental Health Clinic.

As international president, Hollingsworth Baker and the Centennial Chair were responsible for the organization’s weeklong historic Centennial celebration, which took place Jan. 12-18, 2020. She also instituted a $100,000 scholarship, which was awarded to a female high school graduate who is pursuing her bachelor’s degree at Stanford University. The scholarship is named after Arizona Cleaver Stemons Founder Emeritus and is the first scholarship of its kind to be provided by a “Divine Nine” organization to a single student.

Hollingsworth Baker has assembled a list of accomplishments, including:

• Increasing global expansion with chapter charters in the British Virgin Islands, and in Liberia and Ghana in West Africa

• Expanding leadership and volunteer service of members at national, regional and state levels

• Developing a partnership with Learfield/CLC, a national vendor licensing firm

Creating the first and only D9 Step Team that performed at the internationally known Macy’s Thanksgiving Day Parade
The transformation of Zeta is being carefully crafted for the next 100 years with President Hollingsworth Baker at the helm.