The 2022 International Z-HOPE™ Project will celebrate our 50th Anniversary with the March of Dimes... 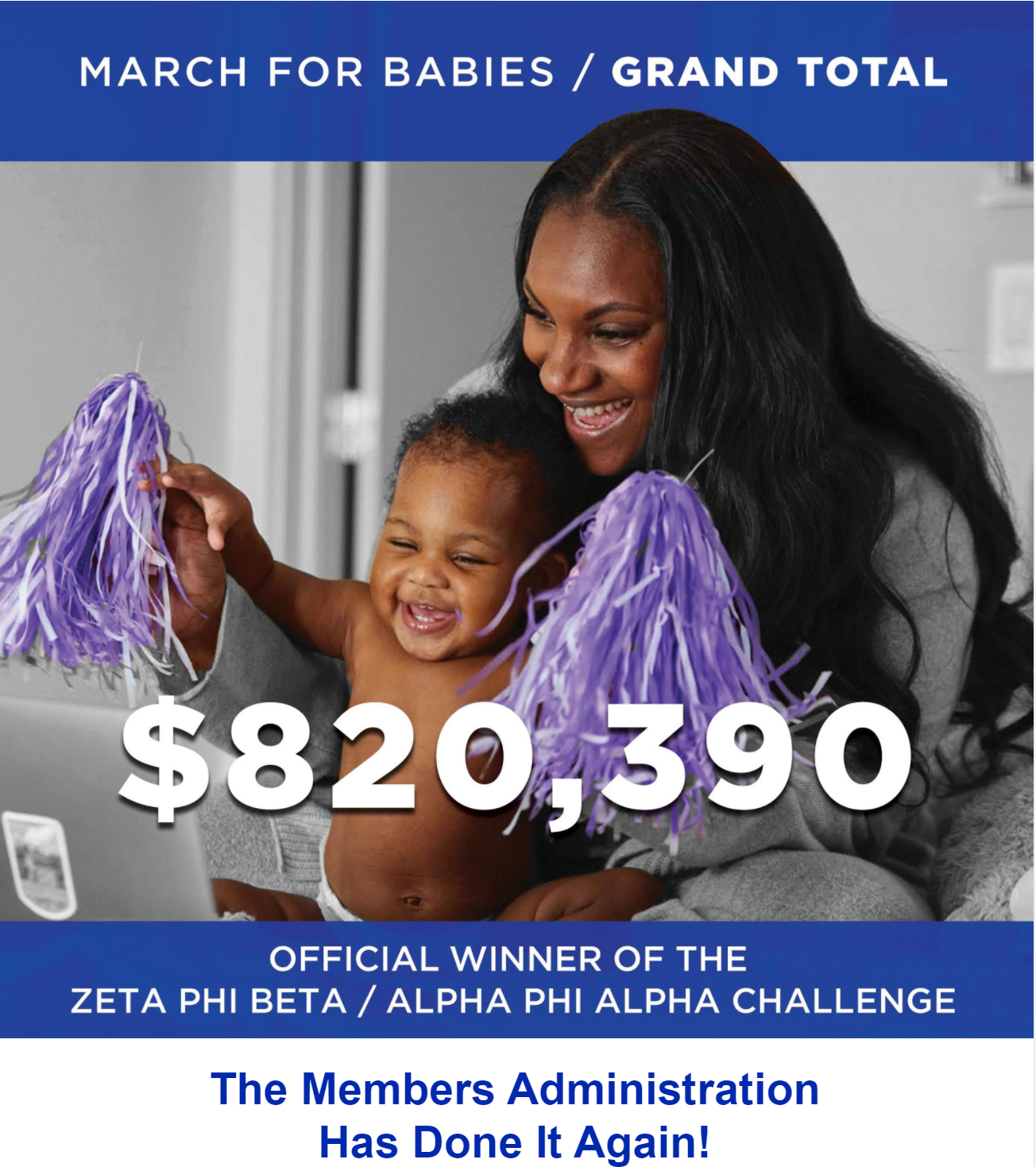 Members and auxiliaries of Zeta Phi Beta Sorority, Incorproated recognize that in its 100-plus years...

For 102 years, we have upheld our Founders’ vision, setting ourselves apart as an organization built on the ideals of Scholarship, Service, Sisterhood and Finer Womanhood. Learn more about who we are.

— Zetas are Finer Women with Vision 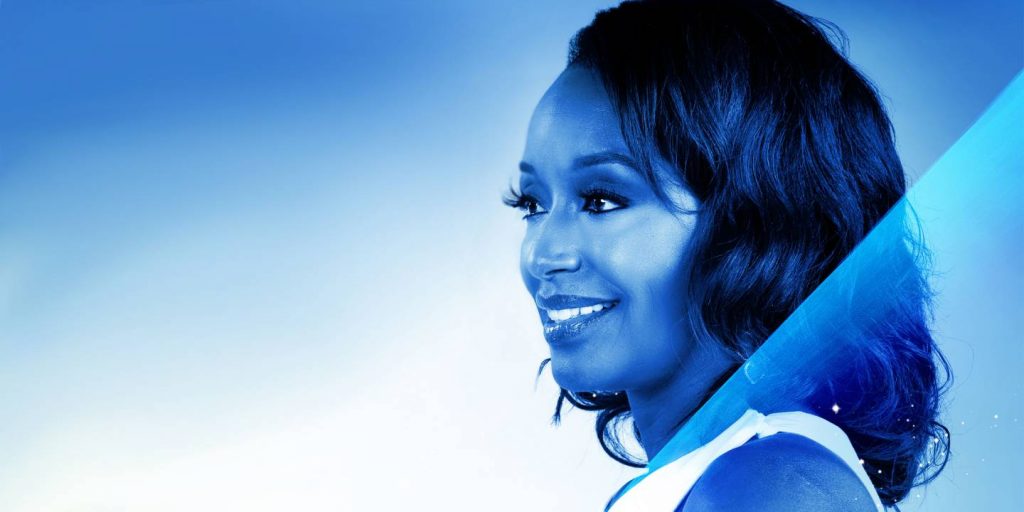 Never tiring in our efforts, Zeta is a community-conscious, action-oriented organization dedicated to transforming the lives of others.

Often imitated but never duplicated, Zetas have been Finer since 1923, when Finer Womanhood became a sorority hallmark. Unique to our sisterhood, Finer Womanhood celebrates the standards, morals, customs, and attributes all women strive to possess.

With over 125,000 initiated college-educated women, Zeta represents diverse careers ranging from businesswomen, elected officials, educators, doctors, nurses, military, and attorneys. We are mothers, grandmothers, sisters, aunts, and friends. Our bond is strong and cannot be broken. 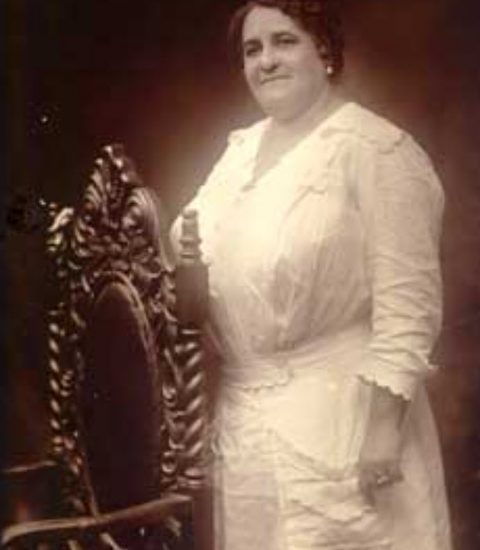 Maggie Lena Walker (July 15, 1864 – December 15, 1934) was an African American businesswoman and teacher. Walker was the first African American woman to charter a bank and served as its president in the United States. In July 2017, a 10-foot bronze statue of a 45-year-old Walker was erected in Richmond, Virginia. Standing tall, she is surrounded by inscriptions tracing the life of the woman who early on helped her mother, a former slave, by delivering clothes as a laundress. She then became a newspaper publisher, teacher, bank founder, businesswoman, civil rights leader, entrepreneur, and mother. This monument stands at the gateway to Jackson Ward, a historic African American community she helped inspire. 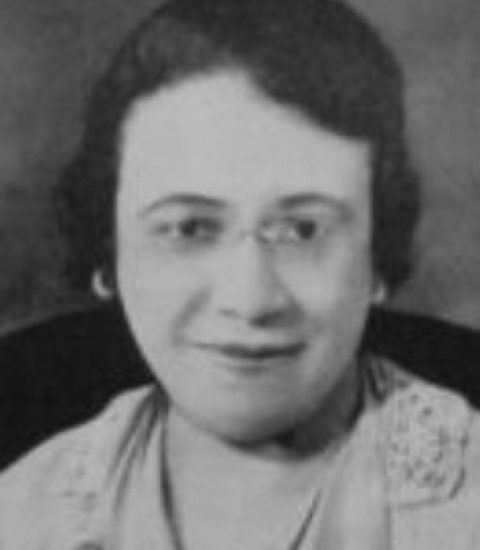 Violette N. Anderson, 8th Grand Basileus of Zeta Phi Beta Sorority, Inc., was the first African American woman admitted to practice for the United States Supreme Court. In 1920, after passing the bar exam and receiving her license in Illinois, she became the first woman of any color to establish a private practice in the state. Two years later, Neatley Anderson successfully defended a woman accused of killing her husband – for this success, she was appointed the assistant prosecutor in Chicago, another significant accomplishment as she was both the first African American and woman appointed to the post. She was admitted to the Supreme Court Bar in 1926, allowing her to practice before the nation's highest court. Aside from her numerous professional accomplishments, Neatley Anderson also maintained membership with various organizations such as Federal Colored Women's Clubs, the League of Women Voters, and the Friendly Big Sisters League of Chicago, to name a few. With the Friendly Big Sisters, she was very involved in the group's work purchasing a large house that became the "Home," serving as a shelter for black women and children. She was also a prominent member of the Zeta Phi Beta sorority, for which she served as the eighth Grand Basileus. Some of her most important work was lobbying her Illinois congressional representatives in support of the Bankhead-Jones Farm Tenant Act, a central provision of which was having the Farm Security Administration provide low-interest loans to poor tenant farmers or sharecroppers so they could become farm owners. She also encouraged her Zeta sisters in other states to lobby their representatives. The Act was signed into law by President Franklin D. Roosevelt in 1937. Violette Neatley Anderson was truly a trailblazer for African Americans and women in the United States, and her actions serve as a source of inspiration for future generations. 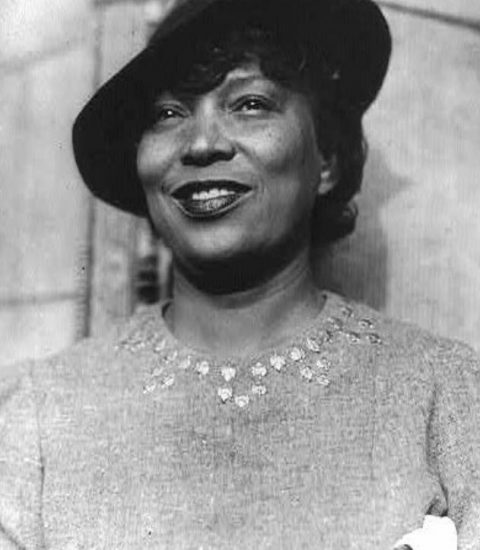 Zora Neale Hurston (January 7, 1891– January 28, 1960) was an American author, anthropologist, and filmmaker. She portrayed racial struggles in the early-1900s American South and published research on hoodoos. The most popular of her four novels is Their Eyes Were Watching God, published in 1937. She also wrote over 50 short stories, plays, and essays. Hurston was born in Notasulga, Alabama, and moved with her family to Eatonville, Florida, in 1894. She later used Eatonville as the setting for many of her stories. It is now the site of the "Zora! Festival", held each year in her honor. In her early career, Hurston conducted anthropological and ethnographic research while a student at Barnard College and Columbia University. She was interested in African American and Caribbean folklore, and how these contributed to the community's identity. She also wrote fiction about contemporary issues in the black community and became a central figure of the Harlem Renaissance. Her short satires, drawing from the African American experience and racial division, were published in anthologies such as The New Negro and Fire! After moving back to Florida, Hurston wrote and published her literary anthology on African American folklore in North Florida, Mules and Men (1935), and her first three novels: Jonah's Gourd Vine (1934); Their Eyes Were Watching God (1937); and Moses, Man of the Mountain (1939). Also published during this time was Tell My Horse: Voodoo and Life in Haiti and Jamaica (1938), documenting her research on rituals in Jamaica and Haiti. Hurston's works concerned the African American experience and her struggles as an African American woman. Her novels went relatively unrecognized by the literary world for decades. Interest was revived in 1975 after author Alice Walker published an article, "In Search of Zora Neale Hurston", in the March issue of Ms. magazine that year. Hurston's manuscript Every Tongue Got to Confess, a collection of folktales gathered in the 1920s, was published posthumously in 2001 after being discovered in the Smithsonian archives. Her nonfiction book Barracoon: The Story of the Last "Black Cargo", about the life of Cudjoe Lewis (Kossola), was published posthumously in 2018. 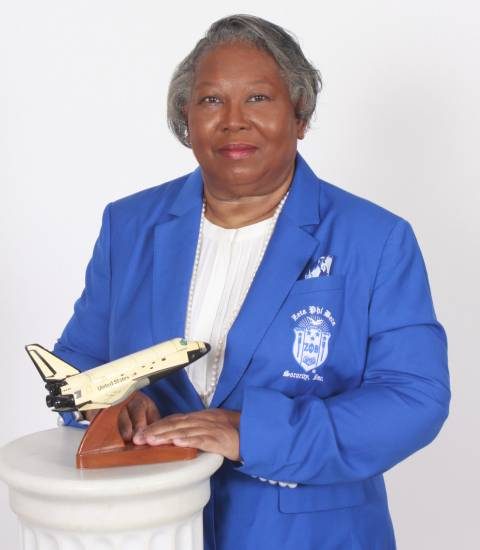 Shirley Chopp-Chevalier is descended from a long line of sharecroppers. She was born in Robertson County Texas, to her parents, Sammie Lee and Willie Mae (Stevenson) Chopp. She is the third born of ten children. Although her paternal grandfather, Lee Chopp, was the son of an immigrant from Hong Kong (Lee Chopp, Sr.) and part of the Black Chinese in the area, the Chopp branch was also sharecroppers living along the Brazos River. Shirley Chevalier is the first Black female engineer employed at the Lyndon Baines Johnson (LBJ) Space Center (JSC) in Houston, Texas as an employee of the National Aeronautics and Space Administration (NASA). The Johnson Space Center was established in 1961 as the "Manned Spacecraft Center" and led the Gemini, Apollo, Apollo-Soyuz, and Skylab Projects. It was the home of the Space Shuttle Program (1981 – 2011) and led the operations and missions of the International Space Station. Shirley arrived at the Johnson Space Center in November 1971 as a logic designer for the Lockheed Aerospace Systems Division of Lockheed Company, tasked with designing and developing electronic circuitry to facilitate the evaluation of flight navigational systems for the NASA Space Shuttle Program. In December 1972, Shirley was employed as an aerospace systems engineer by NASA – the first Black female engineer employed in the ten-year existence of the site. Shirley served as a project engineer responsible for managing solid-state remote power control relays (RPCs), and other parts controlling Space Shuttle electrical power. She was promoted to the position of Events Control Subsystem Manager, the computer-activated system responsible for the mission critical functions of jettisoning of the External Tank and Solid-Rocket Boosters (SRBs) on lift-off, emergency jettisoning of the Remote Manipulator Arm if failure to stow upon preparations for the return to Earth and forcing the release of failing to release Shuttle landing gear via detonation devices. Shirley supported early design reviews, checkout, and flight-readiness of the Space Shuttle Columbia and served as mission support during its 1981 maiden voyage. Shirley completed her employment as a NASA employed Engineer working as a systems engineer at the Shuttle flight Software Production Facility (SPF). In her duties she oversaw the installation and operation of the early IBM local area networks (LAN), servers, and desktop workstations at the Johnson Space Center, providing satellite wide-area networking (WAN) connectivity among NASA government and contractor personnel involved in the development of flight software. From 1983 – to 1993, Shirley worked as a systems engineer for the IBM Federal Systems Division, developing a computer program capable of analyzing 100% of flight simulation data to assess computer processing (load) capacity trends during missions. She also supported the early planning of the European Space Research Organization (ESRO) and International Space Station (ISS) projects. Shirley received her Bachelor of Science degree in electrical engineering from Prairie View A&M University in 1971. In 1993 she left the technology world to pursue a career in educational psychology. In the spring of 1994, she enrolled at the University of Houston at Clear Lake. She graduated in 1997 with a Master of Arts (MA) degree in Behavioral Science – School Psychology. In the fall of 1997, she enrolled in the PhD program at Texas A&M University in College Station, Texas. In 2003, she graduated with a PhD in School Psychology from Texas A&M University. Dr. Chevalier is a Licensed Professional Engineer for Texas (since 1979, Ret.); a Licensed Specialist in School Psychology (LSSP, since 1997) for Texas; and a Nationally Certified School Psychology per the National Association of School Psychologists (NASP, since 1997). In her Zeta life, Shirley has served as a charter member of all four chapters of which she has been affiliated: the Omega Gamma Chapter (1970) at Prairie View A&M University, Prairie View, Texas, The Omicron Gamma Zeta Chapter (1990) at Houston-Clear Lake, Texas; Pi Phi Zeta Chapter at College Station, Texas (1997); and current member of the Omega Delta Zeta Chapter (since 2011) of Friendswood, Texas. She was appointed by the late-Past International President Barbara Crockett-Moore to membership on the inaugural Zeta Organizational Leadership (ZOL) Team (2002) and served as the advisor on aspects of the leadership program under development related to human psychology. She also served as ZOL co-chair (2008-09) under past-International President, Sheryl Underwood. She was appointed by International President, Valerie Hollingsworth-Baker, to serve on the Zeta National Educational Foundation (ZNEF) where she served as Secretary to the Board of Managers (2018-20) and Chair to the ZNEF Research and Projects Committee. 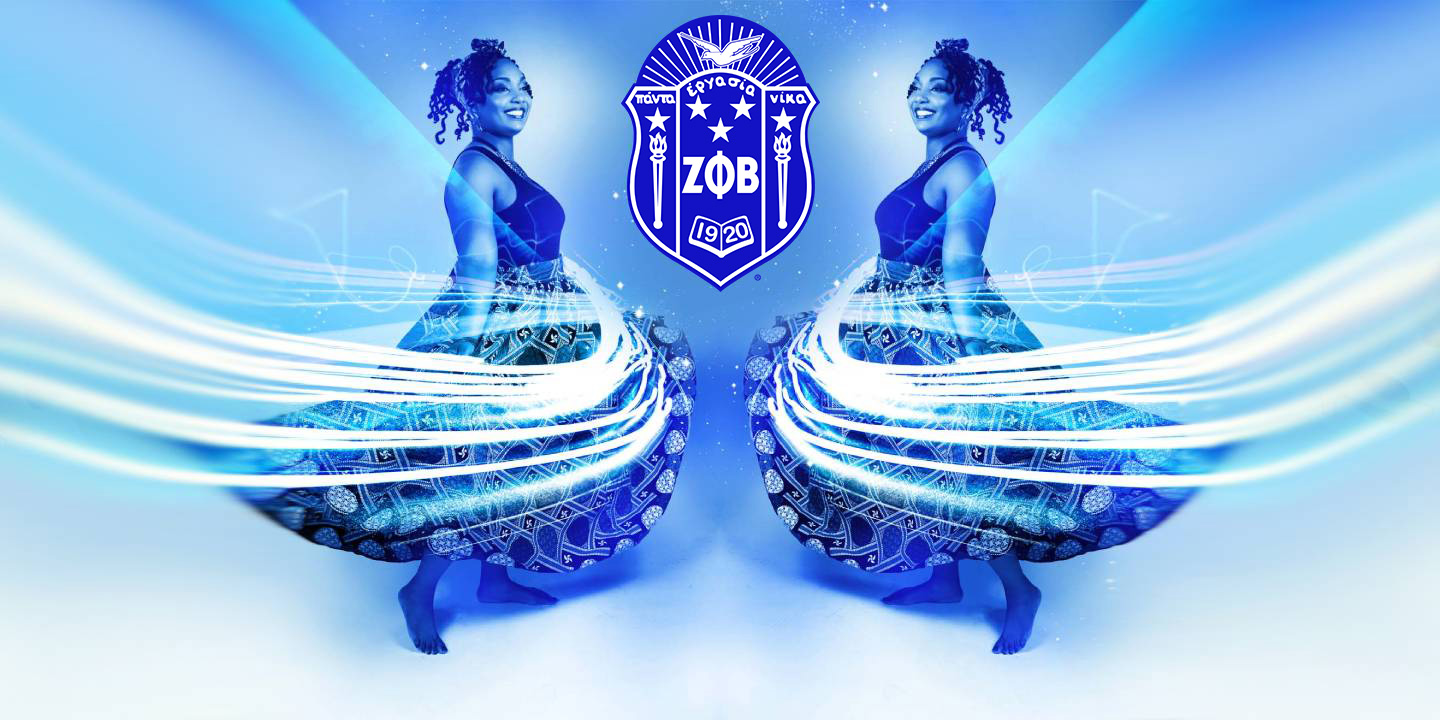